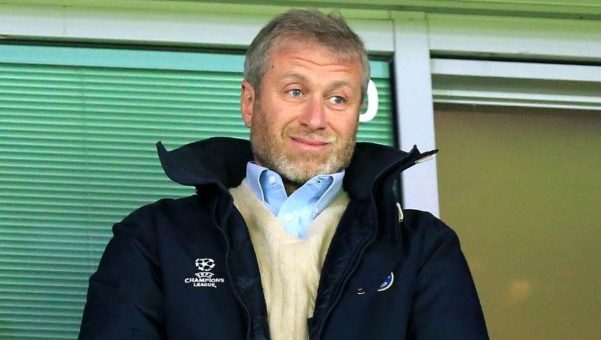 Roman Abramovich is attempting to broker peace between Russia and Ukraine, the Chelsea owner’s spokesperson has said.

The Russian-Israeli billionaire handed “stewardship and care” of Chelsea to the club foundation’s trustees on Saturday, in a move aimed to protect

But now the 55-year-old is trying to help bring an end to Russia’s invasion of Ukraine.

“I can confirm that Roman Abramovich was contacted by the Ukrainian side for support in achieving a peaceful resolution, and that he has been trying to help ever since,” Abramovich’s spokesperson told the PA news agency.

“Considering what is at stake, we would ask for your understanding as to why we have not commented on neither the situation as such nor his involvement. Thank you.”

Ukrainian film director and producer Alexander Rodnyansky also confirmed Abramovich’s involvement, insisting the Chelsea owner was the only person to respond to calls for help.

Rodnyansky has claimed that representatives from Ukraine’s government have expressed gratitude for Abramovich’s attempts at help.

“I can confirm that the Ukrainian side have been trying to find someone in Russia willing to help them in finding a peaceful resolution,” said Rodnyansky.

“They are connected to Roman Abramovich through the Jewish community and reached out to him for help.

“Roman Abramovich has been trying to mobilize support for a peaceful resolution ever since. Although Roman Abramovich’s influence is limited, he is the only one who responded and taken it upon himself to try.

“If this will have an impact or not, I don’t know, but I am in contact with Zelensky’s staff myself, and know that they are grateful for his genuine efforts.”

Abramovich stepped back from day-to-day running of Chelsea on Saturday night. He will retain ownership of Chelsea but has handed all decision making to the west London club’s charitable foundation trustees.

However, Chelsea Foundation trustees have not yet agreed to take over “custody and care” of the club as requested by owner Abramovich.

Chelsea not for sale – but who will run the club?
Abramovich has invested over £1billion into the Stamford Bridge club since purchasing it in 2003 and will not be asking the club to repay the loans it owes him – meaning the long-term future of the club remains secure.

It is also understood that Abramovich remains adamant that Chelsea is not for sale.

But there are questions about his long-term future at the club.

Whether Abramovich will ever return to taking a more visible hands-on role at the club will likely depend strongly on whether he faces any sanctions, and what happens in Ukraine and the UK’s relationship with Russia.

“A lot of Chelsea fans will want to know if he’s still going to be putting money in,” chief reporter Kaveh Solhekol told Sky Sports News. “I believe he will continue to back the club, but that of course could change if the UK Government announce he is being sanctioned – but they haven’t done that so far.”

There have been calls from MPs this week that Russian-born Abramovich should not be allowed to own Chelsea due to his alleged links to Vladimir Putin’s regime.

After Russian troops crossed the border into Ukraine on Thursday, Labour MP Chris Bryant told the House of Commons that the Russian-Israeli billionaire should have his assets seized, questioned whether he should be allowed to operate a football club himself, and quoted a leaked government document suggesting he should not be allowed to be based in the UK.

It is understood Abramovich will no longer be involved in club matters on a day-to-day basis and all long-term strategic decision-making powers are being handed over to the Chelsea Foundation.

For transfers, executive director Marina Granovskaia, technical advisor Petr Cech and head coach Thomas Tuchel will continue to operate within the budgets set by the club.

“As far as football matters are concerned, nothing changes,” reported Solhekol.

John Devine – Devine has been a trustee of the Chelsea Foundation since 2010. Devine works across the sports sector as part of his role as a partner and head of the sports team at Newcastle-based law firm Muckle LLP. Additionally, Devine assists the PFA on the establishment of charitable organisations by individual players.

Emma Hayes – Having managed Chelsea Women since 2012, Emma Hayes was appointed as a trustee of the Chelsea Foundation in 2017. Hayes has led Chelsea to numerous trophies, including four WSL titles after having previously served as assistant manager at Arsenal from 2006 – 2008 and as manager of Chicago Red Stars from 2008 – 2010.

Piara Powar – Appointed as a trustee of the Chelsea Foundation in 2011, Piara Powar is the current executive director of anti-discrimination and social inclusion network, Football Against Racism in Europe (FARE). Prior to this, Powar served as a director at Kick It Out from 2000 – 2010.

Paul Ramos – Ramos has been associated with Chelsea since 2001 and became a trustee of the Chelsea Foundation in 2017. In his time at the club, Ramos has served as Chelsea’s head of finance and took on the role of director of finance in 2018.

Sir Hugh Robertson – Robertson joined the Chelsea Foundation Board of Trustees in 2015. Robertson has been the chair of the British Olympic Association since 2016 and previously served as the Minister for Sport. Earlier in his career, Robertson worked for seven years at Schroder Investment Management.

Chelsea’s history under Abramovich
Abramovich bought Chelsea in 2003 from Ken Bates for a reported fee of £140m. In the 19 years since he has spent more than £1billion, won 19 major trophies and sacked 11 managers.

In that time, Chelsea have won: