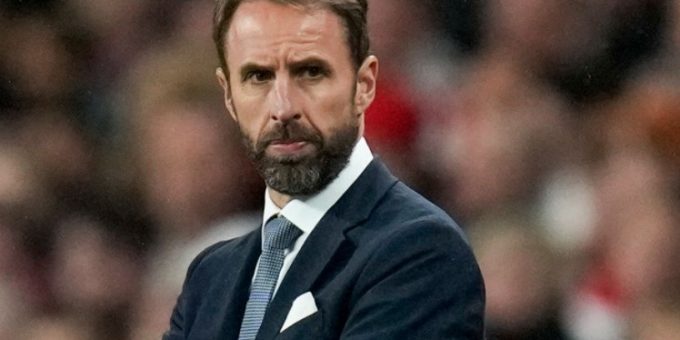 Gareth Southgate has questioned what England would achieve by boycotting this year’s World Cup due to human rights issues in Qatar.

workers have been drawn into sharp focus in a World Cup year.

On Tuesday, England players and staff held initial discussions as to how they could use their platform at November’s tournament to drive change but Southgate has revealed a complete boycott of Qatar 2022 is not an option.

“I don’t really know what that achieves,” he said. “It would be a big story, but the tournament would go ahead.
“The fact, unfortunately, is the biggest issue, which is non-religious and non-cultural, is what happened with the building of the stadiums and there is nothing we can do about that either, sadly.

“We have known for eight years that this is going to be in Qatar. Is the stance against Qatar as a country? We are intertwined, as we are seeing with Russia, with all sorts of investment in this country.

“This is complicated. The issues themselves aren’t complicated; all the repercussions of diplomatic relations and dealing with other countries and other organisations are extremely complicated.”

Southgate stressed that he and his England players will face criticism for whatever course of action they decide to take in Qatar.

“The players are thinking through how they best respond and try to affect the things we might be able to affect,” he added.

“There are things that are cultural and religious that are going to be difficult to affect and change, but there is an opportunity to use our platform in a positive way, without a doubt.

“There is a long period to do that, so I don’t think we should rush into that. I don’t think the players feel they could rush something and come to the wrong conclusion or idea.

“The players have stepped up to the plate enormously on various issues. We’ve got to use our voice in the right way and at the right time.”

While England continue their preparations on and off the pitch for Qatar 2022, Euro 2020 conquerors Italy are coming to terms with another World Cup absence after Thursday’s shock play-off semi-final defeat to North Macedonia.

Southgate expressed his surprise at Italy’s elimination and claimed the result was evidence of how well his players had responded to the disappointment of losing to the Azzurri on penalties at Wembley last summer.

“It was a big surprise,” Southgate said. “It’s clear that teams have a cycle, whether that was the cycle or the after-effects of the [Euro 2020] final, the emotion and everything else… that’s where our players did so well.

“To recover from the emotion of the final and then to perform as they did in the autumn was absolutely fantastic and easily underestimated. I think qualifying always is [underestimated] anyway.

“I suspect looking at the results and performances that Italy were in that position, but there were fine margins in three or four of their games and that is football.”