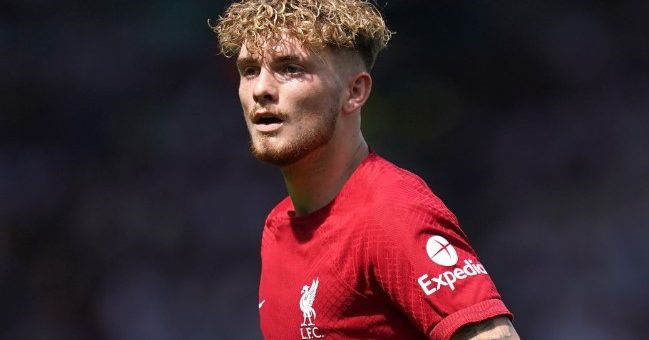 Harvey Elliott has agreed a new long-term contract with Liverpool that will keep the forward at the club until the summer of 2027.

Elliott, 19, joined Liverpool from Fulham in July 2019 and only signed a new deal with the club a year ago.

However, having started three of Liverpool’s

first four matches of last season, Elliott then sustained a fracture-dislocation of his ankle at Elland Road which sidelined him for five months.

Elliott did, however, regain full fitness in time to be involved in Liverpool’s quest to win a historic quadruple in the second half of last season.

Now the England U21 international has been rewarded with a five-year contract extension as he looks to break back into the Liverpool first team.

So far this season, Elliott has made two substitute appearances, but with a number of injuries affecting midfield, with Thiago Alcantara likely to be out for the next four weeks, he could find himself starting at home to Crystal Palace on Monday.

Elliott’s latest deal is a reflection of his continuing development at Anfield and is in line with Liverpool’s policy of rewarding players on the basis of individual progress and their overall contribution to the team.

Despite missing a large chunk of last season with a serious ankle injury, the youngster’s impact on the side at the beginning of the previous campaign was substantial, with the player already establishing himself as a key component of Jurgen Klopp’s team.

Having now returned to full fitness, the versatile 19-year-old, who can operate in both midfield and attack, is already back in Klopp’s first-team plans, with the manager known to be hugely excited about his potential going forward