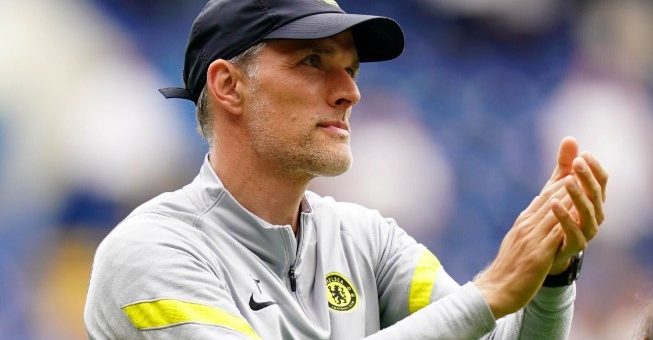 Those that have closely followed Thomas Tuchel’s career – particularly his former colleagues in Germany – are watching Chelsea’s current state of play with intrigue.

The changes behind the scenes under the Todd Boehly-Clearlake takeover, with the removal of the football structure the manager worked under, has given

him greater control over transfers and operational mechanics this summer.

Marina Granovskaia, Bruce Buck, Petr Cech and Guy Laurence have departed. Boehly is the co-owner, chairman and interim sporting director with Tuchel the other major decision-maker on club matters.

It is not the kind of influence and responsibility he has sought in the past. The German excels as a coach and has repeatedly stated that is where he wants his focus to be, which is unsurprising given his foundation in youth development.

His fall-outs at Mainz, Borussia Dortmund and Paris-Saint Germain were conditioned by input into off-pitch matters and largely recruitment, and he has admitted “transfer periods can be mood breakers”.

Last year Tuchel enthused over how joining Chelsea mid-season allowed him to concentrate on training and tactics. “It made a huge simplicity for me here because it has been only about coaching,” he said.

“A big part of my personality is on coaching and guiding my team and pushing it to the limit, no matter if we win or lose. I have zero ambition to ruin this atmosphere for myself or anybody else.

“I embrace the simplicity. I hope I can continue to live like this on the job.”

Before getting sacked by PSG, Tuchel gave an interview where he indicated: “I just want to coach.”

This is common knowledge in his homeland, where the 48-year-old is seen as a football brain – a trainer extraordinaire – that shuns the politics and posturing that comes with transfers and media commitments.

Tuchel will adjust to Chelsea’s requirements of him, but Boehly must move sharply to get a new brain’s trust in that the manager can rely on.

As reported by Sky Sports News, the club will approach Liverpool’s outgoing sporting director Michael Edwards over heading up recruitment.

However, the man who constructed Jurgen Klopp’s world-class squad is intent on taking a break from football after 11 years at Anfield.

Chelsea’s ownership group have not had much time to transition and plot the path forward having been thrust straight into a pivotal transfer window.

The club need to rebuild defence as well as cure their goalscoring issues while trying to cut the gap to Manchester City and Liverpool – both teams who have a solid football structure underpinned by a pedigreed recruitment team.

Boehly has stated that the latter’s model is one to follow for sustainable success.

The Blues are interested in the Brazil striker as a potential replacement for Inter Milan-bound Romelu Lukaku.

However, Tottenham are targeting a package deal for both Everton’s Richarlison and Anthony Gordon.

Thomas Tuchel could sign as many as three new forwards, with interest in Man City’s Raheem Sterling and Barcelona’s Ousmane Dembele, who is soon to be out of contract.

In defence, Chelsea are also targeting two centre-backs having lost Antonio Rudiger and Andreas Christensen and are keen on bringing their former academy graduate Nathan Ake back to the club.