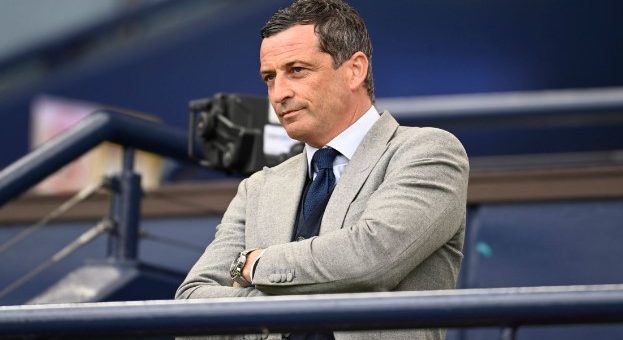 The Tannadice club are hopeful of confirming the appointment in the coming days after sporting director Tony Asghar confirmed a “preferred candidate” was already in mind following Tam Courts’ departure.

– is set to return to management six months after his sacking at Easter Road.

The 46-year-old had led Hibernian to the Scottish Cup and League Cup finals plus third place in the league in 2021 before his dismissal and has been linked to several jobs in recent months.

As well as building on the club’s highest Premiership finish since 2014, Ross will also have European football to look forward to in the Europa Conference League – United’s first European action in 10 years.

“I would like to assure Dundee United fans that the club is moving in a timely fashion to appoint a new Head Coach,” he said.

“We have identified a preferred candidate and we anticipate making a further announcement on this in the coming days.

“I’d like to place on record our gratitude towards Tam Courts for the service he has given Dundee United both as Head Coach and in his previous role as Head of Tactical Performance.

“We made a brave appointment last year by promoting from within but it was a calculated risk that clearly paid off.

“We enjoyed a lot of success on the field last year and qualified for Europe. This is testament to the culture we have created throughout the club.

“Tam bought into our long-term strategy to develop some of the finest young talent in Scotland. The fruits of our labour are there for all to see with the recent international call-ups of Archie, Kieran and Ross.”

Courts was initially given permission to hold talks with Croatian club Rijeka, however, has since been confirmed as the new manager at Hungarian club Budapest Honved.

The 40-year-old told the club’s website: “I want the fans to be proud of the club again to see a team that will do everything on the field to win, and hopefully performances and results will go hand in hand.

“The training centre is well equipped and the stadium is beautiful. I am very excited to be a part of this club.”