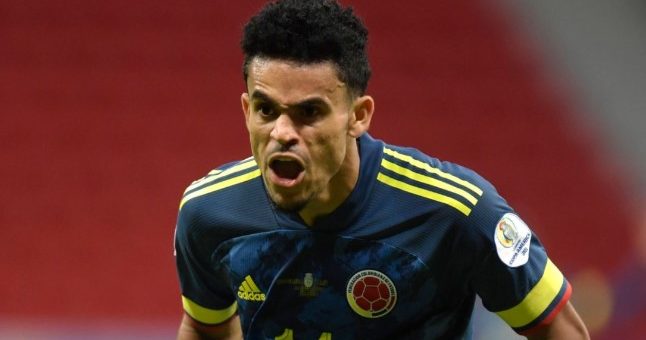 Wrapping up the Liverpool transfer news, rumours and gossip in the 2022 January window.

Liverpool consider late swoop for Spurs target Diaz
Liverpool are considering making a late £45m move to sign Luis Diaz from Porto, who are also in talks with Tottenham for the forward.

The Colombia international winger was a target for the summer after coming up against the Reds twice already this season in the Champions League, but they may decide to bring plans forward because of Spurs’ interest.

Tottenham have been locked in talks with Porto over Diaz this week, with the Premier League club said to be willing to pay up to £46m.

Who else have Liverpool been linked with?
Liverpool will send representatives to Argentina this weekend to secure a £50m move for Porto’s Luis Diaz (The Sun, January 28).

Paulo Dybala is reportedly ‘keen’ to join Liverpool after the Premier League side made contact with him after talks over a new contract at Juventus collapsed (Daily Star, January 27).

Liverpool have reportedly held preliminary talks with PSV Eindhoven winger Cody Gakpo, who is also said to be a target for Manchester City (Daily Express, January 25).

Liverpool have been keeping a close eye on Fabio Carvalho, the Portuguese attacking midfielder who has helped propel Fulham’s insatiable scoring run (Daily Mirror, January 22). Marco Silva has told Fulham teenage hotshot Fabio Carvalho to keep his feet on the ground and not jump too soon in his bid to boost his career amid January transfer window interest from Liverpool (Daily Express, January 20); Liverpool are ready to battle West Ham for Fulham teenager Carvalho as they weigh up a £5m January swoop for the 19-year-old (The Sun, January 19).

Liverpool could be forced to abandon their quest to sign Leeds’ Raphinha after it emerged the Brazil international could be close to signing a new contract with the Yorkshire club (Daily Express, January 14); Liverpool are continuing to look into the possibility of signing Leeds forward Raphinha but believe the deal might be too complicated for January completion (Daily Express, January 3);

“Minamino is a player who has not been playing regularly, he has only started six games this season, four of those were in the Carabao Cup, but Liverpool’s thinking is we are still in four competitions and we do not want to let him go unless we receive a serious offer.

“They are always very firm in the transfer market, they always get good prices for the players they sell and they are sticking to their valuation with Minamino.”

The latest players linked with a Liverpool exit
Liverpool have rejected initial approaches from Leeds and Monaco for forward Takumi Minamino.

Liverpool have rejected two offers from Watford for Nat Phillips (The Sun, January 20); West Ham manager David Moyes is tracking Phillips, who would cost around £15m (Daily Express, January 20); Liverpool are set to recall Rhys Williams from his loan at Swansea in a move that could pave the way for Phillips to leave Anfield on a permanent deal (Daily Mail, January 20).

Divock Origi’s representatives have been approached by three Italian clubs regarding a pre-contract agreement this month. Origi’s preference, however, is to stay in England, meaning either a Premier League club would have to pay money this month or take him as a free agent in the summer when his contract runs out. The Belgium international may wait until the summer to fully assess his options (Sky Sports, January 6);

Real Madrid are monitoring Liverpool defender Joe Gomez ahead of a potential move next summer (Daily Mail, December 22); Aston Villa have submitted a proposal to Liverpool to sign centre-back Gomez, according to reports (Daily Express, December 20); Aston Villa manager Steven Gerrard has made a defender his priority and could raid his former club Liverpool for Gomez (Daily Mirror, November 28).

Mohamed Salah is refusing to budge on his belief that he is worth £400,000-a-week to Liverpool (Daily Star on Sunday, January 16); Salah says he is “not asking for crazy stuff” in contract talks, as he reiterated it is up to Liverpool to decide his future. Salah, whose deal at Anfield runs out in the summer of 2023, has publicly stated on multiple occasions he wants to stay at Liverpool (Sky Sports, January 11).