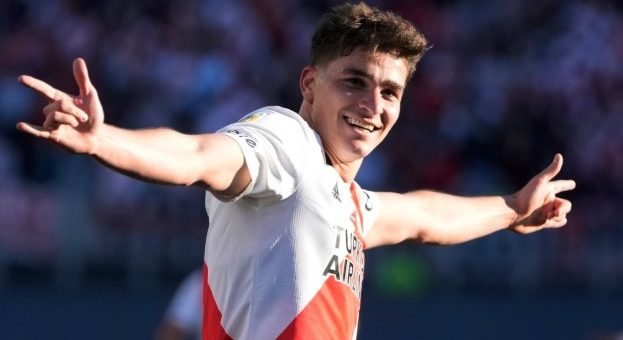 Wrapping up the Man City transfer news, rumours and gossip in the 2022 January window.

Barcelona have ramped up their pursuit of Brazilian wonderkid Endrick amid interest from Liverpool and Manchester City (Daily Mirror, January 17).

Manchester City have Real Madrid forward Vinicius Jr on their radar after suffering a setback in their pursuit of Erling Haaland (El Nacional, January 15).

Manchester City are ready to try and tempt Flamengo sensation Matheus Franca to come to the Premier League but the teenage midfielder has an £83m release clause (Daily Star, January 13).

Erling Haaland will meet with Borussia Dortmund to decide his future in the next fortnight, with Manchester City retaining pole position if the striker decides to move to the Premier League this summer (Sky Sports, January 12); Haaland has reportedly been told by his club that he must decide his future by the end of January as speculation continues (Daily Mail, January 5); Real Madrid are serious contenders to beat City and Manchester United in the race for superstar Haaland (The Sun, December 21).

Manchester City are keeping tabs on Barcelona youngster Gavi, according to reports in Spain, and could make use of a £42m release clause in his contract (Daily Mail, January 8).

Fiorentina would prefer to sell Dusan Vlahovic to the Premier League over striking a deal with Juventus in a major boost for Arsenal, Tottenham and City, it has emerged (Daily Express, December 6).

The latest players linked with a Man City exit
Oleksandr Zinchenko wants to fight for his place at Manchester City despite interest from La Liga club Real Betis (The Sun, January 20); Zinchenko is on Newcastle’s list of January targets as Eddie Howe attempts to keep them in the Premier League (Daily Mail, November 26).

AC Milan have identified Manchester City defender Nathan Ake as a replacement for centre-back Simon Kjaer, who has been ruled out for the rest of the season with a knee injury (The Sun, January 11).

Raheem Sterling is set to complete a U-turn and sign a new contract with Manchester City despite interest from Barcelona (Daily Mail, January 8)

Barcelona are hoping to sign City defender Laporte next summer, after completing the transfer of fellow Spain international Ferran Torres from the Premier League champions earlier this week (Sun, December 31).

Man City contract news
Pep Guardiola will reportedly be offered the chance to become Netherlands manager when he decides to leave Manchester City, to follow in the footsteps of his mentor Johan Cruyff (Daily Mail, January 24).

Raheem Sterling is set to complete a U-turn and sign a new contract with Manchester City despite interest from Barcelona (Daily Mail, January 8).

City are ready to rocket Bernardo Silva alongside the highest earners in their history to keep him at the Etihad and double his wages to around £300,000-a-week (Sun on Sunday, December 18).

City have stepped up their efforts to extend Riyad Mahrez’s contract (The Sun, November 30).