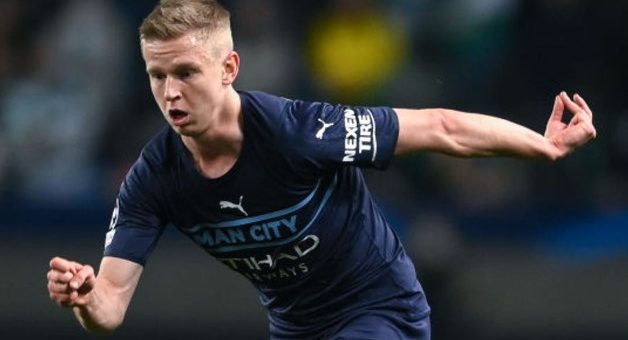 Wrapping up the Man City transfer news, rumours and gossip in the 2022 summer window.

Ferran Soriano believes Erling Haaland will have to modify his style of play at Manchester City as the Norway striker arrived in England on Tuesday to formally complete his £51million move and Kalvin Phillips emerged as the club’s leading midfield target (Daily Telegraph, May 25)

Haaland has landed in Manchester as he prepares to meet his new Manchester City team-mates.

How likely is Jesus to Arsenal move?
Speaking on the Paper Talk on May 27, The Athletic’s Adam Crafton:

“I think Gabriel Jesus’ agent is trying to get him his best move and with Arsenal I think the question mark will be over the player’s valuation.

“Arsenal may end up seeing more value elsewhere in the market but after the initial reports emerged that he was in talks with Arsenal, he had a really good spell of form at Manchester City.

“He was absolutely fantastic for the last few weeks of the season and that may influence the way Pep Guardiola looks at the prospect of losing Jesus.

“He could still be a massively important part of that squad even with Erling Haaland there and of course he was used on the right wing. But if he really wants to play as a centre forward then he might push a move through.”

Who have Man City been linked with?
Kalvin Phillips – City have set their sights on securing a new central midfielder, with Leeds United’s Phillips top of a list of replacements for departing captain Fernandinho (Daily Mail, May 24); City are identified Leeds United midfielder Kalvin Phillips as the long-term replacement for Fernandinho, who is set to end his nine-year association with the club this summer. Life-long Leeds fan Phillips will snub the advances of Manchester United to secure a move to the Etihad Stadium (Daily Mirror, May 19).

Erling Haaland – Manchester City confirm agreement to sign Erling Haaland for £51m. Haaland will join City on July 1, subject to the club finalising terms with the player (Sky Sports, May 12).

Marc Cucurella – Manchester City have targeted Brighton’s Marc Cucurella to fill their problem left-back position and will make a £30m move this summer (Daily Mail, May 18).

Enzo Fernandez – Manchester United will do battle with rivals Manchester City for the signing of River Plate prospect Enzo Fernandez this summer, according to reports in his native Argentina (Daily Mirror, May 18).

Paul Pogba – Paul Pogba agreed personal terms with Manchester City but turned down a move to the Etihad because he was concerned about the backlash from Manchester United supporters (The Times, May 20). Manchester City are interested in signing Paul Pogba on a free transfer in what could become one of the most explosive deals in British transfer history (Daily Mail, May 7);

Mason Mount – Chelsea fear Mason Mount could be lured away by Liverpool or Manchester City taking advantage of the club’s ownership crisis (The Sun on Sunday, May 1).

The latest players linked with a Man City exit
Oleksandr Zinchenko and Gabriel Jesus – Arsenal are considering a double swoop for Manchester City stars by adding Zinchenko and Jesus to their list of summer targets (Daily Mail, May 27); Jesus’s agent has confirmed talks have taken place over a move to Arsenal but also revealed another six clubs are interested in the Manchester City striker (Daily Star, May 12).

Julian Alvarez – Manchester City have turned down offers from a number of clubs, including Barcelona, to loan striker Alvarez who will arrive in England this summer after finishing off his time at River Plate (The Sun, May 26); River Plate will receive an additional £1.3m from City so that January signing Alvarez can link up with his new team-mates in early July (Daily Mirror, May 26).

Ilkay Gundogan – Ilkay Gundogan could end up at Arsenal after being told he can leave Manchester City this summer – and he could reignite his Premier League career by playing in an entirely different position (Daily Star Sunday, May 22). Pep Guardiola wants Gundogan to stay at City next season (The Sun, May 21).

Fernandinho – Manchester City captain Fernandinho shocked his manager Pep Guardiola by revealing he is not planning to sign a new deal to keep him at the club beyond this season (Sky Sports, April 12).

Liam Delap – Manchester City starlet Liam Delap could end up joining Southampton on loan next season (The Sun, May 13)

Gavin Bazunu – Everton are set to provide Jordan Pickford with additional competition by attempting to sign Manchester City goalkeeper Gavin Bazunu, who impressed on loan at Portsmouth this season (The Independent, May 13)

Confirmed Man City signings
Erling Haaland – will join City on July 1, subject to the club finalising terms with the player