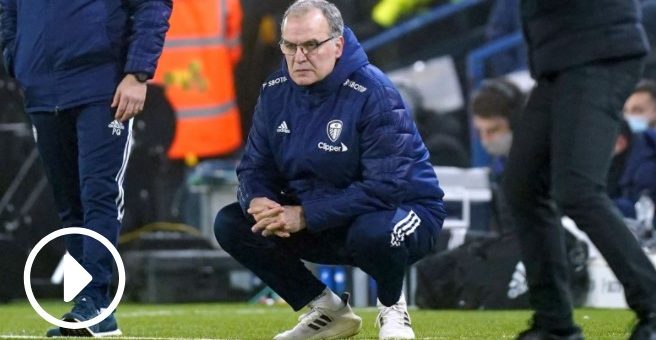 Leeds have conceded 20 goals in their last five matches and slumped to a 4-0 defeat at home to Tottenham after being thrashed 6-0 in midweek away at Liverpool.

Those defeats led to Bielsa being sacked on Sunday morning with American coach Jesse Marsch expected to replace him.

Bielsa joined Leeds in 2018 and led them back to the Premier League after a 16-year absence two years later, as well as a ninth-placed finish in the top flight in 2020/21, but he leaves with the club only two points above the relegation zone and on a run of five defeats from six games.

Andrea Radrizzani, the Leeds chairman, said sacking Bielsa was the “toughest decision” he has had to make during his time at the club, but added he believed the change had to be made to stave off relegation.

“There is a bit of sadness as when you went to watch Leeds you enjoyed great games but in the last few months it’s become desperate. You go from admiration to despair when it comes to watching them. They aren’t exciting anymore – just really bad. And really bad defensively in the last few months, conceding so many goals and chances. They have no respect for the opposition. We know Marcelo Bielsa has his values and principles which are never going to change but that has ultimately cost him.”

“Watching them play was exciting, partly because they were so vulnerable without the ball. They have conceded 60 goals, ridiculous. What does that do to a team in terms of confidence of the forwards? It’s not going to make them sparkle. As sad as it is for the manager, it’s inevitable. But if you’re Leeds supporter then it’s painful. This is a club who we all know how big they can be. It’s sad, but it’s a decision they had to make.”

“I think the fans need to get a bit stronger. Don’t start clapping your team off. If I got beat by Tottenham four at Highbury when I was playing there is no way I would be getting clapped off. Just go home. You don’t have to boo, I’m not saying boo and throw shoes at them.

“They’ve worked so hard to get to where they are in this league, and at the moment it is fizzling away. I love watching Leeds, I have no affinity to Leeds and I love watching them, but I know there is going to be goal after goal, no matter what end it’s going to be – and that’s worrying.