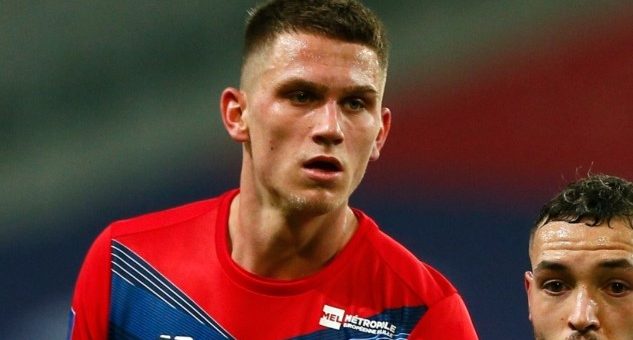 All the latest Newcastle transfer news, rumours and gossip, as new manager Eddie Howe looks to improve his squad in the January transfer window…

Wood says he is “delighted” to have signed a two-and-a-half-year deal with the Magpies and is available to play in Saturday’s Premier League match against relegation rivals Watford at St James’ Park.

Could Marcos Senesi be next arrival?
Newcastle have been linked with Feyenoord’s Argentine defender Marcos Senesi.

“I liked him a lot in Argentina with San Lorenzo and I could never understand why more of a fuss wasn’t made about him before the pandemic.

“Whenever I went down to Argentina before the pandemic, the coach driver who picked me up was a San Lorenzo fan and our main topic of conversation every week was ‘why isn’t Senesi more talked about and why isn’t he in the national team?’

“He’s a left-sided centre-back but it’s Nicolas Otamendi still in that position for Argentina. He’s classy, he anticipates well and plays out from the back well.

“I’ve not seen him since he went to Feyenoord but he seems to have done pretty well there. I wouldn’t know how he’s going to get on against quicker, stronger strikers in the Premier League but if Newcastle went down this route, it would be a lot cheaper than signing Diego Carlos of Sevilla.”

Which players have been linked?
Newcastle will have to break their transfer record for Lille centre-back Sven Botman (Sun on Sunday, January 16); Newcastle are maintaining contact with Lille over defender Botman (Daily Mail, January 14). Newcastle’s hopes of signing Botman in January could be over, with Lille refusing to consider the Magpies’ offer for the defender (The Athletic, January 11); Lille are considering Newcastle’s £29.3m offer for Botman, but are believed to be holding out for at least £35m for the centre-back (Sky Sports, January 8); Newcastle are considering a cut-price move for Bournemouth defender Lloyd Kelly after having an offer for Botman rejected (The Times, January 7).

Newcastle and West Ham are on a collision course over Manchester United outcast Jesse Lingard (Daily Star on Sunday, January 16).

Newcastle are expected to make an offer to Atalanta for wing-back Robin Gosens (Mail on Sunday, January 16).

Newcastle have been told they will have to find £37.5m to sign Fiorentina defender Nikola Milenkovic (The Sun, January 14).

Newcastle are trying pull off an audacious £80m swoop for RB Leipzig midfielder Amadou Haidara, who has also been linked with a move to Manchester United (The Sun, January 13).

Samuel Umtiti could still leave Barcelona for Newcastle this month despite signing a new contract earlier this week, which was designed mainly to allow the club to register Ferran Torres (Daily Express, January 13).

Newcastle’s second offer to Sevilla for defender Diego Carlos, reportedly worth around £21m, has been turned down by the Spanish side (The Sun, January 14). Newcastle have launched a fresh bid for Carlos and want him on board in time to face Watford this weekend (Daily Mail, January 13); Newcastle have made a £25m offer for Carlos but were quickly rebuffed by the Spanish club (The Sun, January 7); Carlos is on Newcastle’s list of potential signings as they look at alternatives to Sven Botman (Daily Telegraph, January 5).

Newcastle could rival Ajax for the signing of Tottenham forward Steven Bergwign, who has been the subjected of a £15million bid from the Dutch club (90min, January 11).

Boubacar Kamara wants a £150,000-a-week deal from his next club after West Ham joined Newcastle in the fight to sign him (The Sun on Sunday, January 9).

Newcastle are ready to make an offer of around £10m for West Ham centre-back Issa Diop (Daily Mail, January 8).

Newcastle have stepped up their pursuit of attacking players with Liverpool’s Divock Origi and Bournemouth’s Dominic Solanke under consideration as strikers and Norwich City’s Cantwell of interest to play as a number 10 (Daily Telegraph); Newcastle and one other Premier League club are interested in signing Cantwell. Sky Sports News has been told it would require a bid of around £15m-£20m for Norwich to consider selling. (Sky Sports, January 6).

Newcastle and Italian side Atalanta have been offered the chance to sign Marseille striker Bamba Dieng. The French club are understood to have an asking price of around €15m. (Sky Sports, January 6)

Newcastle are hopeful of signing Aaron Ramsey on loan from Juventus after the Italian club said that the Wales midfielder was free to leave (The Times, January 6); Ramsey is negotiating his way out of Juventus after being told he is no longer part of Max Allegri’s first-team plans, with a move back to the Premier League with Newcastle on the cards for this month (Daily Star, January 4).

Newcastle are looking to find a loan club for striker Dwight Gayle, who is surplus to requirements at St James’ Park (Daily Mail, December 4).