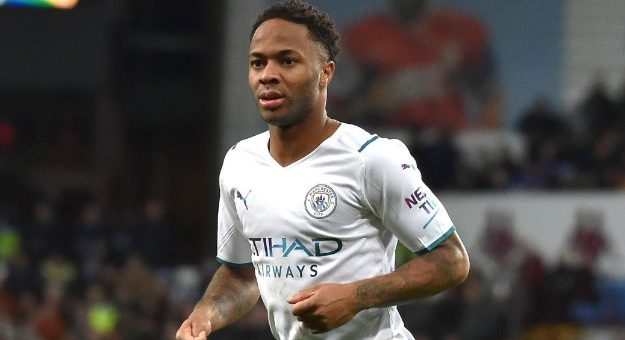 Chelsea and Manchester City are in advanced talks over a deal for Raheem Sterling, with Thomas Tuchel determined to add the England winger to his attacking options.

One source has told Sky Sports News an agreement between the two clubs over a fee is “close”, though another official has suggested this is an overly optimistic

view of the current negotiations.

Any deal between Chelsea and City would be dependent on Sterling agreeing personal terms, and it’s thought he would expect to outdo the salary he is currently on at City, in keeping with his status as one of the biggest attacking talents in the Premier League, in the prime of his career.

As previously reported, Sterling’s relationship with Pep Guardiola and City remains very positive, with the Premier League champions content to let the 27-year-old leave, even to a rival, so long as there an acceptable bid in the region of £50m.

Sterling currently has only one year left on his existing contract at the Etihad, with no plans for that to be extended.

He is keen on discussing a possible move back to London, where much of his family is still based – he grew up in Neasden, just a few miles from Wembley.

Sterling would offer Tuchel a guaranteed threat – he has directly contributed a combined 165 goals in the division in 320 appearances for Liverpool and City – as well as tactical flexibility and experience.

The 27-year-old believes he is in the decisive phase of his career and wants to make a significant contribution on and off the pitch.

The fact that City can afford to lose two attackers to members of the ‘Big Six’ – Gabriel Jesus to Arsenal for £45m and Sterling to Stamford Bridge – without trepidation is a sign of their solid recruitment and the gap that exists between the clubs.

Transfers between clubs at the top of the table are set to become more common as European teams struggle to financially compete with their English counterparts.

‘Sterling a polarising target for Chelsea fans, but would help refresh attack’

“I think it’s a transfer that, potentially, works well for all parties. Sterling needs a change of scene; he has fallen out of favour at Manchester City, has a year left on his contract and there doesn’t seem to be much of a market for him outside of Chelsea.

“I think a lot of the big Premier League clubs are experiencing this at the moment where it is easier for them to sell to each other, potentially, than to anyone else, given the finances involved. And Chelsea need a way to refresh their attacking options, particularly after letting Romelu Lukaku go back to Inter on loan.

“I think the new owners want to make a statement as well and while Raheem Sterling might not be the most exotic or exciting name to some Chelsea fans, he is Premier League proven, 27 years old, a key England international. He would clearly be a quality addition.

“I think Sterling is a little bit of a polarising target among Chelsea fans and I think part of that is just because he is so familiar. We know his flaws as a player so well, as well as his strengths, as we’ve been watching him forever in the Premier League and I think that feeds into the way a lot of Chelsea fans see him. But there is no denying he has been a very effective player in top teams in this league for a long, long time, so I think he’d be a very reliable performer.

“We are also seeing an increased willingness from Chelsea to look at Premier League proven targets. They have been burned in the last couple of years by signing players from other leagues who have maybe needed time to adapt or, in some cases, not really adapted at all and not been maximised in the team.

“Someone like Sterling who has already produced at a high level in the Premier League for many years, you can see why that would be attractive to Chelsea and, for Boehly, he’s a big name. And at 27, he’s someone you could still expect to be productive for several more years.”