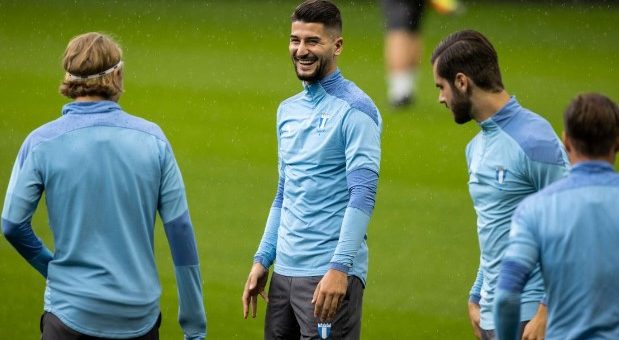 Rangers have agreed a fee of around £1.8m with PAOK for Antonio Colak, but the Greek club have yet to decide if they will let the striker move to Ibrox.

Giovanni Van Bronkhorst is keen to add Colak to his attacking options ahead of the new Scottish Premiership season, with the player keen on a move to Glasgow.

The 28-year-old, who spent the first half of last season on loan at Malmo, has also agreed personal terms.

Colak has been capped three times for Croatia and scored a double as the Swedish side knocked Rangers out of the Champions League at the third qualifying stage last summer.

He scored 19 goals for Jon Dahl Tomasson’s side before returning to PAOK in January where he found his options limited.

Spanish club Sevilla have been linked with the Colombian, who is in the final year of his current deal at Ibrox, although reports of a formal bid were dismissed.

Kris Boyd insists Rangers are in a strong position with Alfredo Morelos, insisting there is no need to be pushed into letting the striker go.

“It has been every single transfer window since he has arrived that he is basically going to leave.

“There will be a day that he does.

“Right now I think Rangers are in a good position. It is not a case that they have to sell. There is room there to go and negotiate with teams.

“I’ve said it before, every player has a price tag. If someone wants to meet that valuation then I’m sure Rangers will speak about it.

“As it stands, he is a Rangers player.”