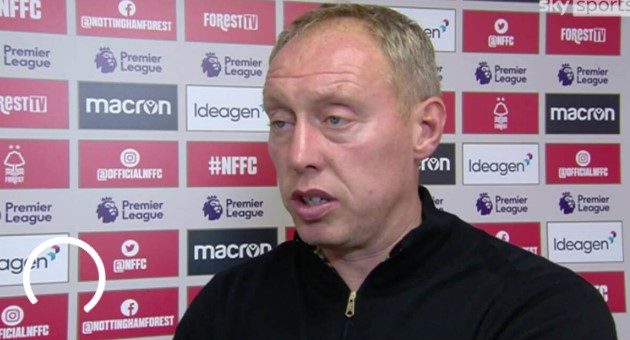 Aston Villa’s draw with Manchester City was a huge result for Steven Gerrard given the pressure that he had been facing going into the game but that point there was never going to sate the supporters if his team could not follow it up at home to Southampton.

This was not a flowing performance but it was a fine result.

Villa did not look fantastic but they helped to make Southampton look awful and that was more than enough to win it. The sight of Emiliano Martinez on his knees at full-time showed how much it meant.

The Villa goalkeeper has had to wait almost five months for this clean sheet. He had Tyrone Mings to thank. What little momentum that Saints could build up around the Villa box was repelled by his head, towering above everyone else inside the penalty box.

Gerrard has bemoaned individual errors throughout his time at Villa Park but here there were none of note – only players fighting for the fans and each other. If this group can do that then there remains a belief that they have the quality to come up with something.

Philippe Coutinho brings that quality. The Brazilian made a quick impression on supporters but they have not seen enough of him in this mood of late. It was not thrilling but he provided the sparkle. Gerrard will settle for that if it brings results like this.
Adam Bate

What a strange season this has been for Southampton already. Two down to Leeds in the second game of the season having been overwhelmed by Tottenham on the opening weekend, Ralph Hasenhuttl was under pressure quickly but came through it.

After salvaging a point against Leeds, they won at Leicester and finished August with an impressive win over Chelsea. But just when there was a buzz about this new Saints side, they have succumbed to back-to-back 1-0 defeats to Wolves and now Aston Villa.

Hasenhuttl saw similarities in both performances but at least there were chances at Molineux. “Today, we did not have chances. For me, this is the very frustrating thing. Our play was not sharp enough, not quick enough and not good enough.”

Alarmingly, he talked of his team being “not brave enough” and “bouncing” off their Villa opponents in every duel. There are some big players in that Southampton side who should not be being bullied but perhaps patience will be required of a young squad.

Hasenhuttl left most of his summer signings on the bench. Ainsley Maitland-Niles did not even make the squad. “He has to adapt to our game and that takes time.” The problem is that the supporters want to see these new players given their chance now.

On this evidence, there is little sense in delaying. The international break will see most of the squad go in separate directions but it is still an opportunity for a reset. What is certain is that it will need to be better than this when they return to face Everton at St Mary’s.
Adam Bate

Palhinha proving his worth to Fulham

Erling Haaland has killed any debate around the Premier League’s signing of the season but Fulham’s Joao Palhinha must be near the top of the list of those behind the free-scoring Norwegian.

The midfielder, a £20m addition from Sporting Lisbon in July, was instrumental in Fulham’s 3-2 win over Nottingham Forest on Friday, his stunning goal helping to clinch a victory which put them sixth.

In conversation with Sky Sports last month, Marco Silva revealed Palhinha was primarily signed for his off-the-ball qualities and those qualities have been apparent all season. He has made more tackles (35) than any other Premier League player.

But the 27-year-old gives them plenty more than that.

Palhinha is also a considerable aerial threat, as he showed with his headed goal in Fulham’s 3-2 win over Brentford in August, and his strike against Forest, brilliantly executed from outside the box, showed he has the technique to match.

It is little wonder Silva moved swiftly to secure his signature following Fulham’s promotion and it will not be long until the rest of the Premier League start to take notice. Palhinha is proving his worth.
Nick Wright

Forest crumble again in second half

If all of Nottingham Forest’s seven Premier League matches this season had finished at half-time they would have 11 points – seven more than they have now.

That tally would see them level with their newly-promoted rivals Fulham, instead they are languishing in the relegation zone for the next few weeks as we head into the international break.

A worrying trend is starting to crop up for Steve Cooper’s side, with their last nine goals conceded all coming in the second half of games.

“I think a lot of it is self-inflicted,” said head coach Steve Cooper on Friday night. “We just aren’t managing conceding the first goal very well. There’s been a few occasions now when once one goes in we look vulnerable and that was the case tonight.”

That vulnerability cost them after Tosin Adarabioyo’s towering header levelled the game for Fulham.

The memory of Bournemouth – another newly-promoted side – coming back from two goals down to win at the City Ground just two weeks before clearly left its mark on this squad, and they failed to regain their focus, conceding two more goals within five minutes of the equaliser.

Cooper now has a few weeks to take stock and consider how best to remedy his side’s susceptibility to crumbling when conceding, but he needs to find a solution fast.

Four defeats on the bounce in the Premier League brings pressure on a manager’s shoulders, and we’ve already seen how ruthless owners can be this season in the cases of Bournemouth and Chelsea.

The light at the end of the tunnel for Forest is that they next face the Premier League’s basement club Leicester, who have looked out of ideas so far this season after a summer of inactivity in the transfer market.
Zinny Boswell