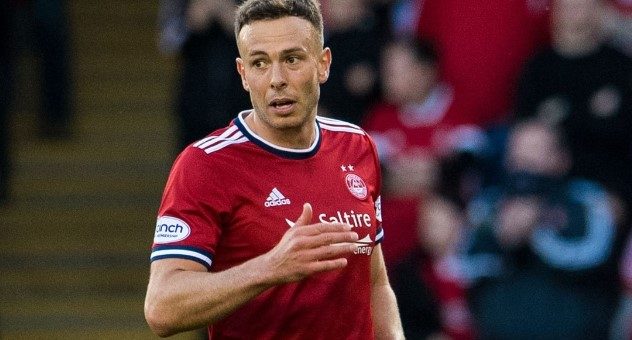 Veteran defender Andy Considine will leave Aberdeen at the end of the season after a supposed leak about the 35-year-old’s contract situation “threw the club under the bus”, according to manager Jim Goodwin.

On Tuesday evening, it was reported the Scottish club had pulled the plug on Considine’s new contract following a private meeting between Goodwin and the defender’s agent.

Aberdeen have responded by confirming that Considine, who first joined the Premiership side in 2004, will end his near-two decade long association with the club at the conclusion of his current contract this summer.

In a statement published on the Dons’ website, boss Goodwin explained how he believes the club have been “thrown under the bus” and therefore forced to terminate any discussion over Considine’s new deal.

The statement read: “I feel compelled to let our supporters know the facts after my meeting with Andy was leaked which I feel has thrown myself and the club under the bus.

“On 10th February the club offered Andy a new one-year contract, rewarding him with a six-figure guaranteed deal, and furthermore offered him the opportunity of a pathway into coaching with our youth academy, where the club would continue to invest in his future including his coaching badges.

“Andy’s agent on 23rd March sent in a counter-offer which was over 50 per cent more than our offer in guaranteed wages, and for a two-year contract.

“During my confidential talks with Andy we discussed the parties being too far apart financially and the reality is that I cannot guarantee him playing time next season. Ultimately, and understandably Andy wants to play.

“We were to meet again on Thursday to agree a joint statement on Andy moving on after a sterling career and service to Aberdeen. Unfortunately, this discussion was leaked, but not by the club, and shouldn’t have been in the public domain until it was agreed by both parties. I would prefer to handle these sensitive discussions in-house and not have them played out in the media but feel it is important to now provide an insight into the situation.”

Considine has enjoyed an 18-year career at Pittodrie and Goodwin, who took over from Stephen Glass in February, thanked him for his service.

He said: “It goes without saying that everyone at the club thanks Andy for all his efforts over many, many years at Pittodrie and we wish him all the very best for the future when he does leave.

“The focus now has to only be about trying to win the game against Ross County on Saturday.”