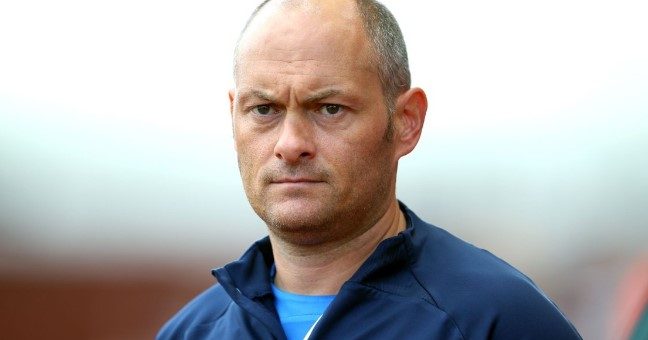 Stoke have confirmed the arrival of Alex Neil as their new manager on a three-year contract.

Neil has left Sunderland to take the job after the Black Cats gave the Potters permission to speak to the 41-year-old about the vacancy.

The Scotsman was in attendance to watch Stoke’s 1-0 win over Blackburn on Saturday before the switch was officially confirmed.

Sky Sports News understands former Blackburn boss Tony Mowbray is being lined up as Neil’s successor at Sunderland, after previous spells in the North East as both player and manager with Middlesbrough.

Neil had a terrific six months at Sunderland where he won promotion to the Championship with the Black Cats via the League One play-offs.

He replaces Michael O’Neill in the Stoke dugout after he was sacked with the club 21st in the table, with just one win from their opening five games.

Announcing O’Neill’s departure, Stoke’s joint-chairman John Coates said: “Michael joined us in November 2019 when the club was in a difficult situation and the job he did in stabilising our position in the Championship should not be underestimated.

“Michael has worked tirelessly and with extreme professionalism, in particular in reshaping our squad and developing young players, but we feel the time is right to move in a different direction. I would like to thank him for his efforts and wish him every success for the future.”

Following that latest defeat to Sunderland, O’Neill, who joined the club when they were bottom of the Championship after working as Northern Ireland manager, had called for “perspective” around Stoke’s start to the campaign.

“We’re five games into the season, there’s a lot of football to be played and I think it’s about keeping it in perspective as well and that’s what we’ll try to do,” he said. “This is quite a new squad of players and we’ve lost five or six players to injury who would push to be in our starting 11 so we’re not really where we can be at this minute of time.

“I think we’ve got a really good team in our dressing room, but that’s easy for me to say because we haven’t shown that.”

Stoke finished 14th in O’Neill’s two full seasons in charge after he led them away from the relegation zone and up to 15th in 2019/20.