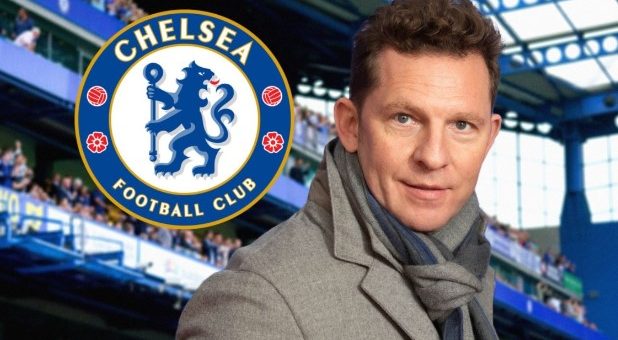 Nick Candy has improved his British-led bid to buy Chelsea Football Club following the addition of another large international backer to his Blue Football Consortium.

financial institution joined his consortium over the weekend.

Proof of the additional funds has been sent to The Raine Group and is a huge boost to Candy’s bid, which is highly tipped to be one of the few preferred bids to make the shortlist.

A decision on that shortlist is expected either on Monday evening or early on Tuesday and the process to sell the club is likely to take at least another month.

Candy also revealed on Monday that he has held initial discussions with tech platform PrimaryBid, with a view to potentially considering a community enfranchisement model for Chelsea as he doubles down on his commitment to involve fans in the future of the club.

The PrimaryBid platform would enable all stakeholders of Chelsea – including employees and fans – to have access to buy a stake in the club.

Candy commented: “This remains a once-in-a-lifetime opportunity to give football back to the fans and put them at the heart of the operations and strategy of Chelsea Football Club. We are committed to preserving the incredible legacy of the club and to promoting community involvement, and we can provide the financial stability to ensure the future growth of the club on the world stage.”

‘The race to own Chelsea is heating up’
Sky Sports News chief reporter Kaveh Solhekol:

“We already know that on Friday they put in a bid that was worth more than £2bn and they have now increased that bid, that is because they have managed to get in more investment into their consortium over the weekend.

“We already knew they were backed by two South Korean companies, Hana Financial Group and also C&P Sports Group, and over the weekend another South Korean financial institution has joined their consortium.

“Now earlier [on Monday] The Times reported another consortium had made a bid for Chelsea, this was a consortium headed by Centricus, who are an asset management company, they manage about £29bn worth of assets, they are based in the United Kingdom.

“They significantly have four bankers, hedge fund managers in the consortium who are all Chelsea season-ticket holders as well.

“What we’re really seeing today is the race is heating up to make it onto the shortlist of the preferred bidders who will really have a chance of buying Chelsea.”

The latest with the sale of Chelsea: Centricus and Ricketts family in the running

A British-funded bid involving Chelsea season-ticket holders has revealed it is trying to buy the club.

Lourie, Finch and Centricus’ co-founder Nizar Al-Bassam and CEO Garth Ritchie are all season-ticket holders at Stamford Bridge. The group are hoping for a quick resolution to the situation to help Chelsea.

Al-Bassam told The Times: “There’s a clock ticking because the club is bleeding money at a faster rate than it should while there’s uncertainty there.”

Roman Abramovich put the London club up for sale on March 2, amid Russia’s continued invasion of Ukraine. The Russian-Israeli billionaire was then sanctioned by the UK Government on March 10, with Downing Street claiming to have proven the 55-year-old’s direct links to Vladimir Putin.

American-backed bids from Los Angeles Dodgers part-owner Todd Boehly and Chicago Cubs owners the Ricketts family are among the front-runners to take over.

“At the moment, what is happening in New York is The Raine Group, who are handling the sale of Chelsea – they were appointed by Roman Abramovich – they are meeting now to go through all these bids and then to produce a shortlist.

“The shortlist is probably going to be two or three preferred bidders.

“We’re expecting a decision to be made on that shortlist either this evening or early tomorrow.

“And then I think what’s going to happen is the government have to get involved as well because they’re overseeing this whole process. They need to be satisfied about where this money is coming from to buy Chelsea and where the money is going to because, of course, it can’t go to Roman Abramovich.

“I think the whole process is going to take weeks, it could take another two, three, four weeks for it to be completed so I don’t think it’s going to be done quickly, I think we’re looking at some time towards the end of April before the deal is completed.”

A statement from the FA read: “We hope to have sell-out crowds at both of our Emirates FA Cup semi-finals at Wembley Stadium.

“This includes tickets for Chelsea supporters for their match against Crystal Palace, and we are working with the government on a method to achieve this whilst respecting the sanctions that are currently in place on Chelsea.”

Earlier, the government had been urged to allow Chelsea fans access to FA Cup semi-final tickets, provided any proceeds go to the people of Ukraine.

Julian Knight, the chair of the Digital, Culture, Media and Sport committee, has called for changes to the special licence imposed upon the club after Abramovich was sanctioned.

The intention of the licence is to deny the club – and by extension Abramovich – the ability to generate new revenue, including from ticket sales.

Chelsea fans were unable to buy any tickets for the FA Cup quarter-final win at Middlesbrough beyond those purchased prior to the imposition of sanctions, but Knight insists a solution must be in place ahead of the semi-final against Palace.

“It is ridiculous that we face the prospect of a half-full Wembley for the Chelsea vs Palace FA Cup semi-final,” Knight said before the FA released its statement.

“Chelsea is more than just its owner, it’s a living organism with huge importance to its fans and community. It was understandable that, at short notice, last week’s game against Middlesbrough went ahead without Chelsea fans but, with this much notice, the FA have no excuse for excluding them.

“The FA must be allowed to sell tickets to Chelsea fans so long as all money goes to the people of Ukraine.”

Last Tuesday, Chelsea initially requested the match against Boro be played behind closed doors “for matters of sporting integrity” because of the inability to sell further tickets to travelling fans, but withdrew the request later the same day.

The club are currently unable to sell any new tickets in home sections of Stamford Bridge beyond those already sold, or sell tickets to visiting fans.

Unless the licence is changed, it means their Champions League quarter-final first leg at home to Real Madrid would be played behind closed doors.

Discussions between the government, the Premier League and the Football Association on ticketing are ongoing.