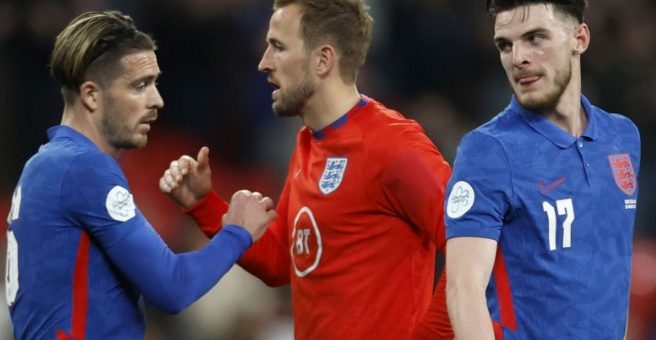 It began with the £45m addition of Diogo Jota in 2020. Next was Luis Diaz at £49m last January. Now it is Darwin Nunez, soon to be the club’s most expensive ever signing at £85m from Benfica.

Jurgen Klopp is overseeing a process of renewal

in attack. His early successes came with Mohamed Salah and Sadio Mane either side of Roberto Firmino, but all three players, aged 30, 30 and 29 respectively, could conceivably be gone by next summer.

Mane is expected to be first to depart as his move to Bayern Munich draws closer, while Firmino, like Salah, is entering the final year of his contract. Liverpool supporters still hope to see Salah sign a new deal but Firmino’s days are surely numbered.

The players charged with taking on the mantle are on average six years younger and, as happened with Salah, Mane and Firmino, Liverpool will hope they will hit their peaks while at Anfield.

The trio’s relative youthfulness – Jota and Diaz are 25 while Nunez is 22 – changes the age profile of the Liverpool squad but Nunez is unique among them in the sense that his attributes could also allow Klopp’s side to diversify the way in which they play.

Nunez is a modern No 9 who stands at 6ft 1ins, with an imposing frame which marks him out from Liverpool’s other forwards.

It is what caught the eye of Klopp, who marvelled at his physical strength after watching his “tough battles” up against Ibrahima Konate during last season’s Champions League.

Nunez showed his goal threat across those two games against Liverpool, scoring in each of them and attempting more shots (six) than any of his Benfica team-mates, while there was also evidence of qualities that will add a different dimension to Klopp’s attack.

Nobody won more than his six successful aerials, while only one player, Benfica full-back Gilberto, won more duels in general (15). “Very direct, quick, tall and strong,” was Virgil van Dijk’s glowing verdict. “Quite difficult to play against,” he added.

Klopp, like Pep Guardiola at Manchester City, has never previously been able to call on a player in the mould of Nunez during his time in the Premier League but, like Erling Haaland at City, the Uruguayan will provide a focal point at the tip of his attack.

Nunez’s link-up play is an area of his game which requires improvement – he completed only 57 per cent of his passes in the Champions League last season – but his physical stature makes him an effective outlet for long passes.

That is sure to be useful to Liverpool.

Klopp’s side have averaged roughly 63 per cent possession in each of the last three Premier League seasons but they like to mix things up on the ball, going long as well as short, and they remain at their deadliest when springing forward at speed.

Opta’s advanced metrics show they made more direct attacks than any other Premier League side last season, while only Wolves made more fast breaks. With his pace and strength in the centre-forward position, Nunez could make them even better on both fronts.

He should help them on crosses too.

Liverpool made more crosses than any other Premier League side last season with 897 – 468 of which came from their marauding full-backs Trent Alexander-Arnold and Andrew Robertson, who operate high up the pitch in order to stretch opponents.

Alexander-Arnold and Robertson produced 22 assists between them in the Premier League last season, creating a combined total of 145 chances. It is not difficult to imagine Nunez thriving on that service.

The Uruguayan scored six headed goals for Benfica last season, including five in the Portuguese Primeira Liga, the second-highest total in the division, and netted plenty more from low deliveries into the box, where he is adept at losing his markers and finding space.

He is also a threat from set-pieces and that is just another area in which he should increase Liverpool’s goal threat.

Last season, they scored the second-most set-piece goals in the Premier League with 19, but Klopp will be confident of increasing that total with Nunez to aim at, as well as Van Dijk, Konate and the rest.

Nunez is not just a focal point, either.

Klopp likes his forwards to interchange positions and pop up in different zones in order to flummox opposition defenders and that comes naturally to Nunez, who likes to cut inside from the left and drop deep to create space for team-mates further forward.

It remains to be seen how Klopp will accommodate two players who like to position themselves in left-sided zones in Nunez and Diaz. But the Uruguayan’s willingness to drop deep when playing as a central striker should be another asset in a team in which the wide forwards are asked to make diagonal runs towards goal.

Much will of course depend on how he settles into his new surroundings. Not everyone adapts to the Premier League as seamlessly as Diaz did last season. But what’s certain is that Nunez will bring qualities Liverpool don’t currently have. His arrival signals an exciting new stage in the evolution of Klopp’s forward line.