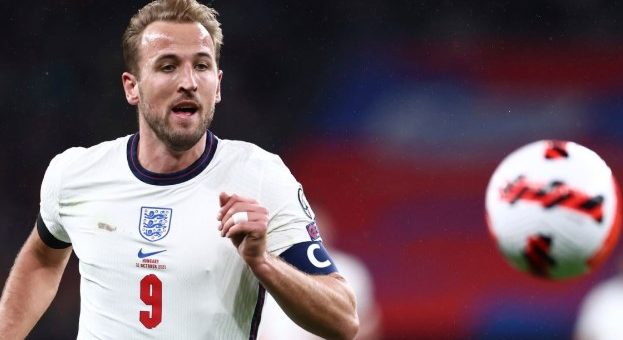 Harry Kane says England’s players will use their platform at the World Cup to try to improve human rights issues in Qatar.

Male homosexuality is punishable by a prison sentence, same-sex marriages are not recognised by the government and women’s rights are much tighter than in other parts of the world.

Kane revealed the England squad and staff met for half an hour on Tuesday evening to discuss those issues ahead of the November tournament.

The England captain says while that was the first initial discussion the group have had on the topic, he expects Gareth Southgate’s squad to continue to explore how they can make a statement and suggested he and other senior players would speak with other national team captains to try to find a unified approach.

“We had that meeting last night and I think it was important to talk with the manager and the staff and the players,” said Kane at his press conference on Wednesday ahead of England’s friendlies with Switzerland and Ivory Coast.

“Obviously we wanted to qualify for the World Cup before doing that and we’ve done that. So it was our first chance to have that chat. Gareth led that meeting and we spoke about what to expect and some of the important issues which are surrounding the World Cup.

“For us now as players it’s important to talk among ourselves – not just this camp but the camps going forward as well in June.

“I feel as a group we’ve never shied away from important issues, and we’ve always had our opinions and tried to show unity in anything we’ve done. That’s what will happen now over this camp and the next camp to try to help in any way we can to support those issues.

“As players we didn’t choose where this World Cup was going to be. But what it has done is it has shone a light on important issues which might not have come to light if the World Cup wasn’t there.

“I understand there has been some progress on certain issues in the country so far. What my hope is that having the World Cup there and having this light on the country will help try and progress some of the issues which have been going on for a long time.

“There’s still a lot of progress to be made. But hopefully all of us, like we have done in the past, can try to make change with the platforms that we have.”

On the pitch, England will be going into the World Cup among the favourites, following their run to the semi-finals in Russia in 2018 and their defeat in the final of Euro 2020 last summer.

Kane believes the defeat to Italy at Wembley in July will motivate the players even more to work towards finally landing the first piece of major silverware since 1966.

“From where we were pre-World Cup 2018 to where we are now, we’ve made massive strides, with the squad, with the team, with the connection with the fans,” said Kane. “There’s definitely an expectation on us now.

“Obviously the final in the summer still hurts. It still has a bitter taste in the mouth but for sure it gives you more hunger, more fire in the belly to take that one step further and try to win a major tournament.

“We’re working towards that, we feel like we’re improving every year. Hopefully we can take big strides to becoming one of the best teams in the history of the England national team.”

Saka ill; Forster called up
Bukayo Saka missed England training on Wednesday morning and has remained in his room because of illness.

The Arsenal winger tested negative for Covid on arrival at St George’s Park on Tuesday.

Meanwhile, West Brom goalkeeper Sam Johnstone has withdrawn from the squad, and will be replaced by Fraser Forster.

The 34-year-old Southampton ‘keeper has not played for England for almost six years.