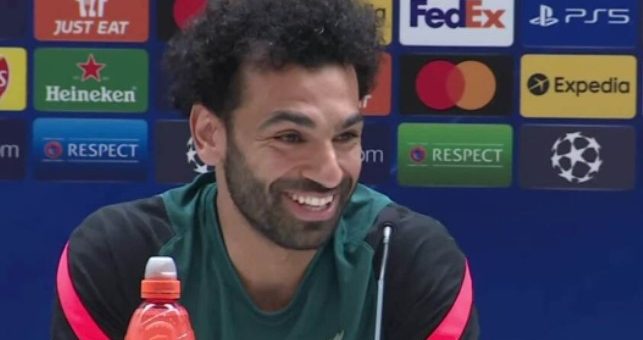 Mohamed Salah has confirmed that he will be at Liverpool next season but Sadio Mane says he will reveal his future after the Champions League final.

Both players are out of contract next summer and have been linked with moves away from Liverpool, although Premier League Golden Boot joint-winner Salah

has repeatedly said publicly he would like to remain at Anfield beyond his current deal.

Speaking ahead of Saturday’s Champions League final, the pair gave updates on their situation. Both Salah and Mane will be 31 when their existing contracts run out next summer.

Salah said in a press conference: “In my mind, I don’t focus on the contract. I don’t want to be selfish at all. I said two months ago it’s about the team. It’s an important week for us.

“I’m just focused on the team and winning the Champions League again. I want to see Hendo (Jordan Henderson) with the trophy in the hands and hopefully he gives it to me. I don’t want to talk about the contract now, I’m staying next season for sure, that’s clear.”

Salah has previously said that money was not the reason behind his deal nearing its conclusion.

Klopp: Thiago could be fit for final
Madrid in Paris had seemed remote after he sat out group training on Wednesday morning.

But Liverpool manager Jurgen Klopp suggested the Spanish midfielder may shake off an injury he suffered in Sunday’s win over Wolves in time to play some part.

“I would imagine he’s got a a good chance [of being fit for the Champions League final],” he said on Wednesday. “He will be training in the afternoon. He did some stuff this morning, it was not planned for him to do this session with the players.

“At this moment it looks like he will be part of training tomorrow. That would be pretty helpful, obviously. Then we go from there.

“After the game I was not positive about it but this is surprisingly good.”

Whatever happens against Real Madrid, Liverpool will have banked a minimum of two trophies this season after lifting the FA and Carabao Cups earlier in the campaign.

Klopp told reporters his side had already been guaranteed a great season – but it would be “fantastic” to round off the year with a second Champions League trophy in four years.

He said: “Without the Champions League, this would be a great season. With it would be fantastic. There are levels, that is fine.

“You never know how often you will reach the Champions League final, you better use the few opportunities you get so for us this is really special.