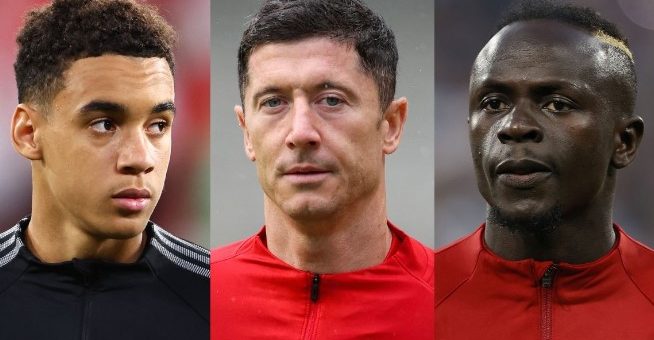 Sadio Mane will play a leading role in building a Bayern Munich side capable of winning the Champions League, according to Sky Germany reporter Florian Plettenberg.

The 30-year-old, who had just 12 months left on his contract at Anfield, has signed a three-year deal with the Bundesliga champions.

“Obviously it is strange – really, really strange – to no longer be a Liverpool player,” he told Liverpool’s official website. “But of course I had a great time, an unbelievable time. We won a lot.

“My life is always (about a) challenge and when it came I said to the club that I want to leave, I want to go somewhere else to see a new challenge.

“It is not anything else, it is just a challenge because for me I want to always be challenging myself to get better and better.”

Bayern will pay Liverpool an initial £27.5m with a further £5m based on appearances by the Senegal international. A further £2.5m will be paid based on individual and team achievements.

Speculation began to increase about Mane’s future in the last few months of the season.

However, with Liverpool in a tight title battle and a Champions League final to play in Mane produced some of his best form of the campaign, scoring nine goals in his final 14 appearances.

Sky Germany reporter Florian Plettenberg has been reflecting on the move from Bayern’s main headquarters in Munich ahead of his official unveiling later on Wednesday.

‘Mane will become the new superstar of the Bundesliga’

“I’m very optimistic Sadio Mane will become the new superstar of the Bundesliga. The Champions League is the most important trophy for Bayern, and it’s the first question of every season for the manager – are you able to win it?

“Winning the Bundesliga is a duty, but Mane has shown he is capable of winning the Champions League title. He is a player who knows how to reach that next level and he’s a player with a profile Bayern don’t currently have.

“Thomas Muller was asked during a golf tournament on Tuesday what he thought about Mane, and he was very excited about the prospect of his arrival. He will make Bayern better.

“Mane is a leading figure and this is the role they want to see from him. He’s very important for all the other players like Serge Gnabry, Leroy Sane and Kingsley Coman as he’s at a very good age.

“The question now is what will happen with Robert Lewandowski? If Lewandowski stays at Bayern, then Mane will play on the wings. It becomes an intriguing situation when you consider the likes of Jamal Musiala, Sane, Gnabry and Coman. It’s the highest number of quality wingers in the world.”

Mane in, Lewandowski out?

Mane’s arrival could therefore pave the way for Lewandowski to get his wish by joining Barcelona this summer, but can the La Liga giants afford him?

“There was an exclusive meeting between Lewandowski, Salihamidzic and the player’s agent Pini Zahavi last Wednesday in Mallorca as it was important for Salihamidzic to speak with them personally far away from the media here in Germany and he heard about his situation.

“The situation is unchanged – Robert Lewandowski wants to leave Bayern Munich. He wants to join Barcelona and we here the club are set to improve on their first offer. We don’t have the official number of their first bid but it was between €40m-€50m. The position of the Bayern bosses is still clear – they don’t want to let him go.

“He’s too important for the squad and for Nagelsmann. With Lewandowski, you have a guarantee of 30 or 40 goals. His comments were not good for the team or for his manager, but the player is very important. He could leave the club as a free agent in 2023 so maybe if they are offered between €50m to €60m they may not be able to say no anymore.

“The window is open and it’s a period of poker right now between all parties involved.”

Analysis: Bayern get their main Mane

“Bayern Munich get their main Mane. He very quickly became their priority target once they realised he was spurning Liverpool’s attempts at offering him a new contract and that he actually did want a fresh challenge.

“They made a massive player for him with both the sporting director and technical director holding a four-hour meeting with Mane after hearing from Julian Nagelsmann that he was determined to get the player.

“They spelt out how he was going to fit in tactically and technically, how they would build a squad with him as the focal point.

“Apart from all the footballing elements, they showed him what it means to represent Bayern Munich, the relationship with the fans and the experience of parades around the city, giving him a flavour of the emotional connection the players have with the fans.

“Liverpool are now in this period of evolution with Luis Diaz, Diogo Jota and Darwin Nunez but the front three of Mane, Roberto Firmino and Mohamed Salah really set Liverpool up for the success they’ve had.

“The players they’ve now brought in have a template to work off and can come in and settle because of the functionality and the structure that front three have implemented.”