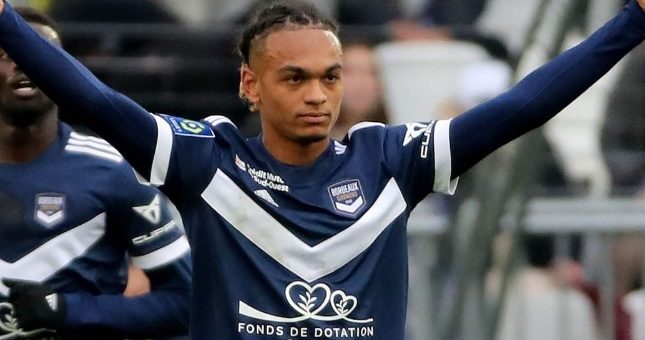 Southampton have finalised a deal to sign striker Sekou Mara from Bordeaux on a four-year contract.

Saints head coach Ralph Hasenhuttl has cast his net wider this summer in the search of hidden potential, with the Austrian making the 19-year-old his sixth signing of the transfer window.

Mara had been linked with Premier League rivals Leeds and Newcastle, plus German side Borussia Monchengladbach.

The France U21 international scored six goals in 26 Ligue 1 appearances last season for Bordeaux, who were relegated after finishing bottom of the table.

Amid financial struggles, the club have decided to cash in on one of their prized assets.

Mara said: “I’m really happy to sign for Southampton and to be a Saint for the next years. Southampton have given me a good opportunity to progress.

“I’m a young player and I have to work. I think Southampton is the best club for me to develop myself and progress to be one of the best. I’m impatient to begin with this team and score goals.”

Hasenhuttl added: “Sekou is coming here to score goals and has shown in the French league he can do this, now he needs to work hard and show he can do this in the Premier League.

“He is a young guy who will need time to adapt to a new country and a new league, but we are excited about his potential and what he can become in the future.”

Mara broke into the first team at Bordeaux in February 2021 and has scored a total of seven goals in 35 appearances in all competitions.

“I spoke to a couple of people at the club at the beginning of the summer and asked them what the remit was for the window. Historically, Southampton don’t spend a lot of money, but they said to me this would be the ‘transformation summer’.

“They told me a number of people would be leaving the club and a number of new faces would be coming in. Straightaway, Ralph Hasenhuttl reshaped his backroom team as four or five coaching staff and he replaced them.

“They’ve now reshaped the squad with young, talented, raw players with a lot of potential. The latest player to be on their radar is the 19-year-old Bordeaux striker Sekou Mara.

“Financially, Bordeaux are in a really tough situation at the moment and the player is said to have left the club because he knew the money his move would generate would save the club in the short term.

“Southampton have a really talented youngster who has been watched by a number of Premier League sides for not a huge fee.

“It’s precisely what Hasenhuttl wants to do – bring in young players and develop them. This is a really significant signing for Southampton, their sixth of the summer with over £50m already spent.”

Who have Southampton signed and sold so far?