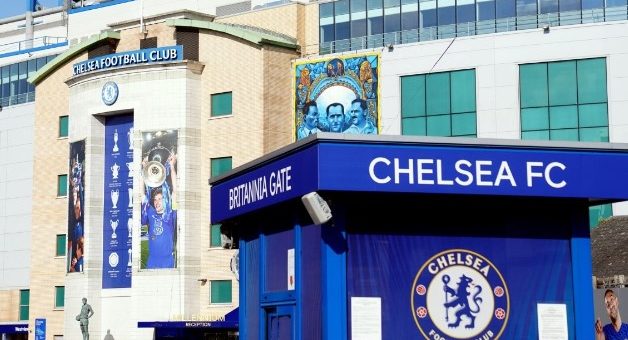 The private equity billionaire who owns the Boston Celtics basketball team has approached a number of wealthy businessmen including the former Walt Disney chief Bob Iger about backing his bid to buy Chelsea.

Sky News has learnt Steve Pagliuca is in talks with a string of potential co-investors ahead of a deadline for final bids for the Premier League club next Monday.

Sources said Iger, who stepped down as Disney’s executive chairman in December, was among those who had been sounded out by Pagliuca since he became one of the four bidders shortlisted to buy Chelsea.

The level of any financial commitment from Iger was unclear on Tuesday, and one source said it was possible he had decided not to become involved in the auction of the Stamford Bridge club.

If he does back Pagliuca, however, it would add one of the most prominent names in America’s entertainment industry to the list of potential investors in last season’s Champions League winners.

The quartet of remaining bidders are holding meetings in London this week with Chelsea board members, staff and the club’s advisers at Raine Group.

On the pitch, the coming days will be significant in determining the outcome of the Blues’ season, with the first leg of a Champions League quarter-final against Real Madrid taking place on Wednesday.

The Chelsea Supporters’ Trust issued a statement saying it had yet to be contacted by Pagliuca with just a week to go before the final bid deadline.

Earlier this week, the consortium led by the Chicago Cubs-owning Ricketts family and including Cleveland Cavaliers-owner Dan Gilbert and hedge fund billionaire Ken Griffin outlined a series of commitments to Blues fans, including a vow never to participate in a revived European Super League project.

Other bidders are understood to have submitted details of commitments to the CST but have chosen not to make them public so far.

Pagliuca’s spokeswoman did not respond to emailed requests for comment, while Disney said it could not contact Iger.

A near-50 year veteran of Disney, Iger stepped down having overseen the acquisitions of Marvel Studios and Pixar during his tenure.

His wealth was estimated by Forbes magazine at close to $800m in 2020, meaning he would be a shareholder in any bid for Chelsea if he did become involved.

Iger is not the only former Disney chief to be linked to an English football club takeover. His predecessor, Michael Eisner, bought Portsmouth FC in 2017 for a tiny fraction of the price tag that Chelsea will command later this month when a preferred bid is proposed to the government.
The Ricketts-led bid for Chelsea has faced challenges in recent weeks because of a backlash over historical comments made by a family member who is not involved in the offer.

An anti-Ricketts protest before Chelsea’s game against Brentford on Saturday, which the visitors won 4-1, attracted roughly 100 fans, according to reports.

After meeting supporters’ groups last month, the Cubs chairman Tom Ricketts said the bid team had “listened to all of your feedback – including from the Chelsea Supporters’ Trust – and are grateful that the door is still open for us to demonstrate our commitment to working with fans to protect the club’s heritage”.

“It is now up to us to redouble our efforts and clearly lay out a vision for our stewardship of the club with diversity and inclusion at its heart.”

Supporters of their offer have pointed to the family’s successful ownership of the Cubs, having won the World Series for the first time in a century and completed a $1bn renovation of its home, Wrigley Field – one of the most historic sports arenas in the US.

People close to the consortium confirmed it would be an all-equity bid, with no new debt being placed onto Chelsea’s balance sheet.

The other remaining bidders for Chelsea are a consortium fronted by the former Liverpool FC chairman Sir Martin Broughton, whose bid is partly financed by the Crystal Palace shareholders Josh Harris and Dave Blitzer; and an offer from the LA Dodgers part-owner Todd Boehly, who is working with Swiss billionaire Hansjorg Wyss.

Sky News revealed last week the fan-led group co-founded by the former Chelsea captain John Terry was in “positive” talks with two of the shortlisted bidders about acquiring a 10 per cent stake.

Raine is aiming to present a preferred bid to the government during the week of April 18, paving the way for a sale to take place before the end of the month.

Between them, the final bidders also either control or own stakes in US teams including the Boston Celtics, the Cubs, the LA Dodgers, the Philadelphia 76ers and the Sacramento Kings.

By the standards of conventional takeover processes, the Chelsea auction has moved at breakneck speed, with executives at other major investment banks suggesting that such a complex sale would typically have taken at least six months.

Mr Abramovich’s sanctioning by the UK Government has added further complications to the transaction, as bidders have sought clarity on the legal implications of buying the club.

Prior to being sanctioned, Abramovich had said he intended to write off a £1.5bn loan to the club and hand the net proceeds from the sale to a new charity that he would set up to benefit the victims of the war in Ukraine.

A rapid sale is seen as essential if Chelsea is to avert the uncertainty that would trigger the break-up of one of the top flight’s most valuable playing squads.

The current FIFA Club World Cup winners have been thrown into disarray by Russia’s war on Ukraine, with Abramovich initially proposing to place the club in the care of its foundation and then formally putting it up for sale.

Abramovich had initially slapped a £3bn price tag on the Stamford Bridge outfit, with the net proceeds being donated to a charitable foundation set up to benefit the victims of the war in Ukraine.

As well as government consent in the form of a special licence, Chelsea’s new owners will also require the approval of the Premier League under its fit and proper ownership test.